So, driving to work this morning in rush hour, I realized that no two people use their brakes the same way. Some slam them on at the last minute, and some ride them for miles. But just having one set of brake lights doesn't really help. So I propose a new set of brake lights, which will activate different lights based on how hard you're pushing your brake pedal.

1. Maximum Space - "I must maintain the exact space between myself and the car in front of me, down to the last inch, so I will tap my brakes multiple times to adjust." 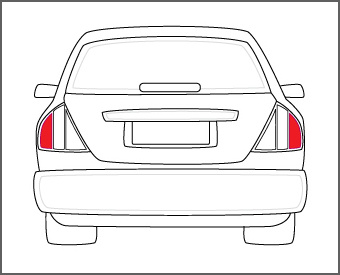 2. Slow Stop - "Just going to ease to a stop across twice the distance I need to give the illusion that I'm still making good time by actually moving." 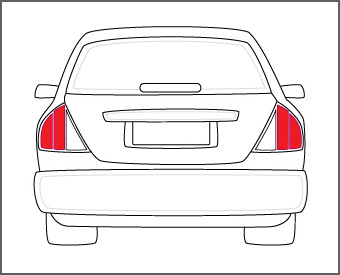 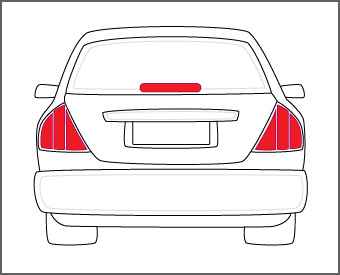 4. Extra Stop - "Ok, need to actually stop faster than I thought, sorry about that!" 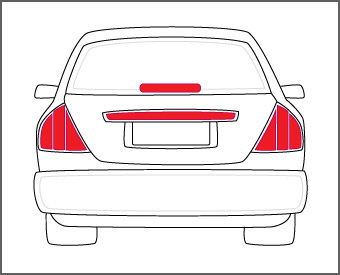 5. Oh Shit - "I'm slamming on the brakes at the last possible second or some asshat is cutting me off! OH GOD, PLEASE STOP!!" 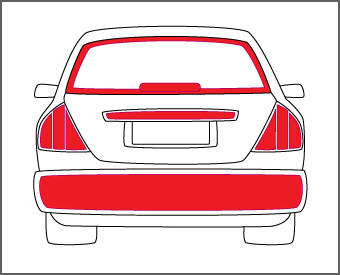 Mom: Hey sweetie! Just called to see how you were doing!
Me: *mumbling because I can't move my jaw* Miserable. Tooth extraction yesterday.
Mom: I know, that's why I called. Just wanted to make sure everything went ok.
Me: So.....you called the day after, when I can't speak clearly?
Mom: How is that different than any other time?
Me: Love you too, Mom.
09/12/11 12:05, by dubird, Categories: dubird.net , Tags: conversation, dentist, mom, silly

Not as exciting as I hoped.

Me: So, did I do or say anything while I was sedated after the dentist visit?
FSpoon: Well the weak flailing looking for my shoulder was amusing.
Me: I mean besides that.
FSpoon: No, you pretty much just crashed.
Me: That's not enough to fill out a post.
FSpoon: Call your mom and see if she knows any other time.

Me: So, when I had that surgary on my wrist, did I say or do anything while sedated?
Mom: I don't know, I wasn't in the operating room.
Me: I mean after.
Mom: Oh, no. You pretty much just crashed on the sofa and tried not to hit yourself with your cast.
Me: Damn, I'm boring when I'm drugged.
Mom: At least I don't have to worry about you getting high and stealing a car or something.
Me: That would at least give me something funny to post about.
08/11/11 12:03, by dubird, Categories: dubird.net , Tags: conversation, mom, silly, spoon

I finally got my ass in gear and went the dentist recently. For those that don't know me, I'm TERRIFIED of the dentist's office. I've never had a positive experience there, and just walking into one makes me start shaking. So FSpoon suggested the one that he goes to. Not only do they offer different payment plans (necessary, since I have no dental insurance), they also offer sedation dentistry. I was not aware that you could actually be sedated for dental work that didn't involve surgery, so I agreed to go. FSpoon agreed to go with me and be reassuring, so I made my first appointment and showed up. I ended up with a ream of forms to fill out while FSpoon played Angry Birds, then they called me back for the evaluation. They x-rayed and photographed my teeth, then the dentist sat down and wrote up a list of things that needed to be done, one of which had to be taken care of immediately if I didn't want to end up with a root canal. I wanted it to be an all-day affair and take care of everything at once so I wouldn't have to go through it again. So we made an appointment, FSpoon agreed to drop me off and pick me up, and they sent me off with the prescriptions.

We end up setting our alarm clocks and getting up early (well, FSpoon got up early, I didn't really sleep that much), and made it to the dentist. He escorts me in, probably to make sure I don't bolt, and gives the dentist his contact info so they can call him when they're done and he can come pick me up. The Dental Assistant then escorts me to the back, also probably to make sure I don't bolt, and gives me the sedative. I turn on my music and just sit there, trying to relax. After about thirty minutes, she comes back in and declares me to be relaxed enough to start and summons the Tooth Cleaner. The Tooth Cleaner is the lady doing the deep cleaning on my teeth. She starts on the top, firing up some whirling device that spits water on my teeth and goes to work. However, after a few minutes, she stops because I keep flinching away while she's cleaning. This was not a result of panic, it was because the tool she was using was sharp and she kept hitting my gums. Of COURSE I'm going to flinch because it fucking hurts! She calls for the Novocaine Lady, who comes in and starts shooting Novocaine into my gums. While they're doing that, the Assistant comes in and gives me another sedative. The Novocaine Lady finishes her job, and they all step back to let the sedative take effect.

This is my last really clear memory of the day.

I do remember waking up enough to realize that my music was off and groping for my Kindle, only to pass out before I could mumble anything. I also do remember being shook awake and told that FSpoon was here to pick me up. According to him, I was then escorted from the office, not because they were afraid I was going to bolt, but because I apparently had no concept of where the ground was. They poured me into his car, buckled me up, and we started home. Now, normally, when he drives I tend to rest my hand on his shoulder. But this time, I apparently couldn't find his shoulder. I found his ear, his arm, his glasses, and the top of his head, but no matter how I flailed, I could not find his shoulder. Defeated, I passed out again and woke up on the couch, where I asked for some pain killers. But being passed out didn't stop me from taking the ones he gave me five minutes before I asked, so he very gently refused. He then left me to my devices on the couch because there's not a lot of entertainment watching someone sleep and drool.

I do remember waking up some time later because the couch was not comfortable anymore. I'm not completely sure why, but being sprawled half off of it might have had something to do with it. So I got up and staggered into the bedroom, where I tried to crash on the bed. But it wasn't comfortable either, possibly because I couldn't get my legs up on it. So I gave up on that and staggered into my office. At this point I was waking up enough to have mostly-coherent thoughts, and I figured I might as well watch some MST3K while I was uncomfortable. So I queued up several episodes on my computer, and crashed on the couch in there. This was apparently comfortable enough that I was able to fully pass out again, and I slept until my alarm for my regular meds went off. I pushed the kitty off me, took my regular meds and more pain killers, and managed to climb into bed.

The result of all this was two major fillings, multiple smaller ones (as a sidenote, if you have acid reflux, it does cause cavities!), and nice clean teeth. However, since it took so long for the sedative to work on me, they didn't have time to finish. So I get to look forward to going back and getting the extraction done.

FSpoon suggested videotaping my being drunk on sedatives this time around. I was not amused.
08/08/11 12:01, by dubird, Categories: dubird.net , Tags: dentist, life, silly, spoon

Opinions do matter, just not from everyone.

"I don't care what other people think about me."

That's got to be one of the stupidest and most douchebag things a person can say. You can use the phrase "I don't care what YOU think about me," and that I can believe. I use that myself a lot. And yes, I used to be the in the 'I don't care what anyone thinks' camp myself. But then I realized that I do care about what some people think, like my close friends and my family. EVERYONE has at least one person who's opinion matters to them. Think about it: you do things to impress your friends. To pick up girls or guys. Hell, to piss off your parents. As much as you profess not to care about what anyone thinks, deep down, you do care a little bit. Humans are social animals, and we like being in groups. Your group might be small, but it's there. And you will do things to make sure they think you belong. Sometimes, those things will be retarded, dangerous, or illegal. But you care enough about their opinion to do it anyway so that you'll fit in.

There are things I've done to fit in with my friends. A lot of those things I ended up really enjoying and doing on my own anyways, but still. I started really learning video games to fit in. My sense of style has changed, partly to fit in. While the opinion of a random person on the street doesn't bother me, the opinions of people I care about and that care about me do affect me.

I'm not saying I'll completely change who I am to please anyone. If someone demands that, they're not worth being friends with. But I've made small changes to myself, mostly in terms of learning to adjust my interactions with people, based on what friends have told me. Sometimes, we need others to point out what's wrong, and real friends can usually be trusted to be honest about it. They're not going to want to change everything about you or demand you do whatever they want you to. However, they will point out when you're being a dick or a pity whore, which is a useful tool in fixing your own flaws. So, yeah, don't worry about what the average stranger thinks about you. But if a friend says 'try this!' or tells you that you're being an asshat, listen to them. They're only trying to help.

And if you are someone that honestly, deep down, doesn't care a one tiny iota about what anyone in existence thinks about you, then I hope to never ever run into you. You are a fucking sociopath and you scare me.
07/11/11 12:00, by dubird, Categories: dubird.net , Tags: douchebags, opinion, self